My specific assignment was to review the following items,
four Lowe’s Store Surveillance Videos a through d
a. Main Entrance_2.5.2014.13.28.20_2.5.2014.13.33.0
b. Main Entrance_2.5.2014.12.0.15_2.5.2014.12.0.30
c. CS Term 18_2.5.2014.13.27.47_2.5.2014.13.33.0
d. SCO PVM 1_2.5.2014.12.5.15_2.5.2014.12.28.0
e. Deposition of Ricard Apodaca dated May 18, 2016
f. Plaintiff Richard Apodaca responses to form interrogatories
g. Incident Report and Employee Statements (Lowe’s)
h. Ballast cut sheets
i. Ballast Underwriters Laboratory (UL) listing
j. Lamp holder cut sheets and UL listing
k. Fluorescent fixture cut sheet and UL listing
In addition to reviewing the above items, I:
l. Visited the site, examined the fixture that was involved in the incident.
m. Examined the present configuration of the relocated lighting display.
n. Interviewed the Lighting Department Manager.
o. Performed voltage tests on an identical fixture and ballast.
p. Performed destructive testing to determine the voltage to ground at the lamp holder to
see if I could recreate burn marks on the test fixture similar to the fixture that was
involved in the incident.

My investigation was undertaken to determine if it was more likely than not that Mr. Apodaca could have received a shock from the lighting fixture on display and the cause if any.

Exhibit A, the employee statements were completed by employees who interfaced with Mr. Apodaca on the day of the incident. I value these statements because I consider all to be eyewitness reports, accurate and true.

Page 1 of 6: item 5, “Customer was pulling on the contact points of the lighting fixture
the(n) the elec(tric) arced and it shocked him.”

Page 2 of 6: “He (Mr. Apodaca) continued to keep saying ouch and hold his left
forearm. I asked if it had fallen on him and he said he was touching the display when it
electrocuted him.”

Page 3 of 6: “Customer stated he pulled back the plastic shield near where the pins
plug in on the light fixture and got a shock which threw him back causing him to drop his fluorescent tube.”

Page 4 of 6: “Customer let me know he shoked (shocked) himself on the display
bulb”.

Page 5 of 5: “The man told me that he wanted to check and see what type of pin was on our display fixture. He went and showed me how he grabbed it and where he grab(b)ed it was right where the bulb connects to the fixture.”

Page 6 of 6: “I ended up going back to the guy and looking at his hand he had no
marks on his hand.”

Exhibits B, C & D confirm that the ballast, lamp holders and assembled fixture, are UL Approved individually and in an assembly. UL is known for its electrical testing and safety standards in the United States.

Exhibit F, the incident fixture had unexplainable burn marks on one lamp holder.

Exhibit H, I duplicated the burn marks on the test fixture lamp holder. When the fixture was energized and the lamps were inserted in the lamp holders and were on, I pulled a lamp slightly out of the socket. There was an arc that was created that burned the plastic lamp holder. During this time, there was a buzzing sound and the smell of burned plastic.

Exhibit I, Video taken during test of test fixture and lamp pullout shows the arc that is caused by the 628.1 volts measured between the lamp holders.

Based on the facts of the case that I reviewed and the electrical tests I conducted on the
test fixture and, to a reasonable degree of engineering certainty, I have the following
conclusions:

a. The fixture assembly in question was reasonably safe in construction, being a UL Approved assembly.

b. The fixture assembly in question was installed on a wire frame that was grounded by virtue of the fixtures on display being grounded. Each fixture on display is hung in place by two metal clips that tightly grab the wire frame, which provides additional grounding of the fixture display.

c. I conducted several continuity tests of the display while onsite: I measured fixture to fixture, fixtures to the wire frame supporting the fixtures, and wire frame to the shelving, racking and supports. All metal surfaces near the fixtures are contiguous and grounded.

d. If a fixture on display had been defective, and came in contact with the metal surface of the racking, the circuit breaker that supplies the power would trip and turn off the voltage to the defective fixture due to the grounded display system. The defective fixture would be off and safe to touch. Therefore, the fixture was not defective

e. I believe that Mr. Apodaca was shocked by the arc created when he pulled back on the energized lamp/lamp holder to see the style of pins that the lamp had. This conclusion is supported by the statements of the employees that were noted on the day of the incident. Therefore, Mr. Apodaca actions caused the shock to occur. Mr. Apodaca received up to 355.2 volts of electricity from his fingers to his forearm.

f. I believe that Mr. Apodaca reached above his head towards the fixture that was just at the extent of his reach resting his forearm on the wire racking that supported the display fixtures. Mr. Apodaca created a ground path between his forearm to his hand that contacted the arc that was created when he pulled back on the lamp/lamp holder to see the style of pins that the lamp had. Therefore, Mr. Apodaca actions caused the shock to occur. Mr. Apodaca received up to 355.2 volts of electricity from his fingers to his forearm.

Work History
Owner California Energy Experts
June 2001 – June 2002
I was an Independent Engineering Consultant and Electrical Contractor for the City of Cotati
Department of Public Works Water and Wastewater Pump Stations. Also I worked for various
clients performing Electrical Contracting Services. Working with Control Systems West, Inc., with its
established volume of business, offered a superb opportunity to utilize my Engineering Design
talents in the Design of Industrial Control Panels dedicated to the Water and Waste Water Industry.

Investment Broker Edward Jones Investments
June 1998 – June 2001
After Passing the Securities and Exchange Commission Series 7 License, I opened an Edward Jones
Investment office in Rohnert Park, CA. I serviced my clients by selling Stocks, Mutual Funds, Bonds,
Annuities, Life and Long Term Care Insurance. I enjoyed helping my clients establish a safe and
secure financial future. I enjoyed the sales aspect of the business however this business was much
too distant from the finite business of Engineering that I love.

Outside Sales Cal Air, Inc.
April 1997 – May 1998
Outside Sales of Heating Ventilation and Air Conditioning (HVAC) Services, Cal Air purchased my
previous Electrical Engineering; Electrical, HVAC, Plumbing Contracting business, I agreed to stay on
in the sales capacity for one year to expand their presence in the Sonoma County area and provide
continuity with our existing client base. Cal Air was a business consolidator, purchasing contractor
shops in the Energy Management and HVAC industry.

President California Energy Experts, Inc., (CEE)
Nov 1984 – April 1997
We designed and built Facility Automation Systems totaling 7.6 million square feet of municipal,
school, commercial and light industrial building spaces in 15 states. Project makeup was
approximately 36% new & 64% retrofit installations. We Incorporated, programmed, and supported
dedicated technically advanced controllers for HVAC Systems. Our Lighting Control Systems
incorporated Day‐lighting and Time of Day Scheduling. Variable Frequency Drives (VFD) (AFD), were
used on cooling towers, pumps, supply and return fans to enhance the energy efficiency of HVAC
systems. Economizer Damper positioning and monitoring were an integral part of our control
designs which led to further energy reductions. Demand Control routines were incorporated in the
designs when advantages to the customer. All systems included remote communication abilities to
allow offsite monitoring and minor software revisions. We expanded our company’s expertise by
bidding and installing Well, Water, Wastewater, Flood Control, Power and Control Systems.
Designed and built Standby Generator Systems (up to 250KW) including single and multiple transfer
switches and isolation of critical/non‐critical loads, we incorporated Peak Shaving strategies into
the design when applicable. California Energy Experts was expanded by incorporating HVAC and
Plumbing contracting under our umbrella. California Energy Experts was sold to Cal Air, Inc. which
provided me an opportunity to explore Outside Sales without the stress of running the day‐to‐day
business of the Engineering / Contracting business.

Electrical Engineer P.E. RE Corp. Inc., DBA Reliance Enterprises
April 1979 ‐ April 1982
After obtaining Professional Engineer Status I was immediately moved to the office environment. I
soon began estimating Electrical Construction Projects and assisted in Contract Administration and
Purchasing materials that were required to complete the successfully bid projects. Our firm was the
Electrical Engineers for several Waste Water Treatment projects and I was responsible for
specifying the Electrical Devices that were to be used and minor design modifications. As time
progressed I began to design Water and Waste Water controls for many Pump Stations and Wells. I
also earned my Electrical Contractors License during this period. The Engineering & Contracting

foundation established at RE Corp afforded me the knowledge, experience and confidence to start
my own Engineering / Contracting business Energy Experts specializing in Control Systems.

Engineering Trainee EIT RE Corp. Inc., DBA Reliance Enterprises
June 1974 – April 1979
My first position at RE Corp placed me in the field for 5 years, this hands-on experience consisted of
troubleshooting and repairing HVAC Equipment and Control Systems, Fire Alarm Systems,
Communication and Electronic Clock Systems at schools and commercial customers. I was also
trained on the repair of Boiler Controls primarily for the commercial and Industrial business sector.
This practical field experience was a stepping stone to a better understanding of Applied
Engineering designed by others and allowed me the opportunity to learn to be a Practical Design
Engineer not just a Theoretical Engineer. 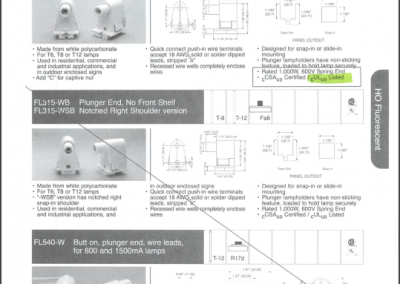 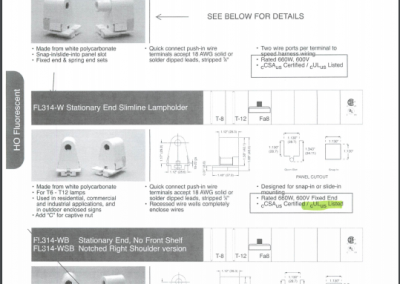 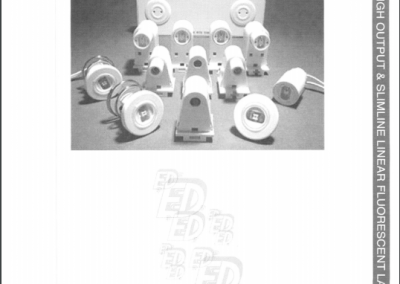 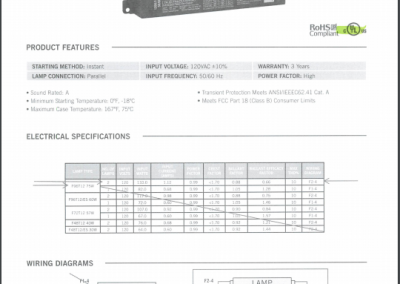