INTRODUCTION:
After a building fire destroyed the electrical system of 3401 West Pacific Avenue the two electrical
services were removed, only one 400 amp, 120/240 volt, single-phase, service was replaced. The
other 2000 amp, 240 volts, three-phase, service was not replaced. The building owner paid a fee of
$8,296.88 to Burbank Water & Power (BWP) to reconnect the existing single transformer to the
single-phase service, provide and test an electric meter, and remove the three existing
transformers for the damaged three phase service.

SCOPE OF INVESTIGATION:
I was tasked with determining what the cost would be to reconnect utility power to the new 2000
amp, 240 volt three-phase service had the owner elected to replace the damaged service.
My investigation consisted of the following tasks:
a. I visited the site on May 2, 2019, and was met by with the building owner Craig Hanriot, I
went onto the roof, looked down into the fenced and secured utility yard that protects the
high voltage (HV) (12,000 volts) wiring and transformer(s) from public access. I took
pictures (Exhibit A) of this area, by the outline stains it was evident that four transformers
had previously been installed on the concrete pad.
b. While onsite I took pictures (Exhibits B & C) through the fenced gate of the single-phase
transformer, HV cable, HV parking stand, and the HV wire going into underground conduit.
c. While onsite I took pictures inside the building of the 400 amp, 120/240 volt, single phase,
service, and three distribution panels for future reference, even though these items are not
currently in question. No exhibit was created.
d. I read the Clients Statement of Claimed Damages.
e. I read the Amended Terms of Reference.
f. I read the BWP produced documents stamped BURBANK000001 through
BURBANK000147.
g. I read the deposition transcript of Riad Sleiman (BWP Responsible Electrical Engineer)
dated May 2, 2019 and examined the deposition’s exhibits 01 through 08.
h. I read the Claimants’ Responses to RESPONDENTS’ SPECIAL INTERROGATORIES,
SET TWO.

Exhibit A:
Picture from roof into the fenced and secured utility yard.

Exhibit B:
Picture through the fenced gate of the single phase transformer, HV cable, HV parking
stand, and the HV wire going into underground conduit.

Exhibit G:
BWP Electrical Engineer, Scott Anderson confirms in an email to his supervisor Riad
Sleiman, that WAM # 1702838-01-04 (400 amp service single phase service) is complete
and that the actual AIC Charges have been itemized.

Opinion 4: Primary high voltage cable or conduit would not have to be replaced. This
minimizes the cost from BWP to reconnect the NEW transformers to the new 2000
amp 240 volt, three phase, service.

Exhibit F: first conclusion
BWP Document RULES AND REGULATIONS GOVERNING ELECTRIC SERVICE, item
2.01 (j) States that these Rules and Regulations are “guidelines” and that “Below 750KW
Load, BWP requires on-site transformation for all new three-phase services above 200A”.
Opinion 5: The Rules and Regulations do not state Pad Mount transformers are
required but that on-site transformation is required.
Opinion 6: Pole mounted transformers with the secondary wires run down the pole
or overhead secondary services are not allowed to be installed for three phase
services in excess of 200 amps.
Opinion 7: On-site transformation can be achieved with three TUBS or three separate
transformers that could be mounted on a pole, but could instead be mounted on a
concrete pad (like the original installation, see exhibit B) or a rectangular -all in oneenclosed pad mounted transformer could be used, either type of transformer
arrangement is allowed by BWP.

Exhibit F: second conclusion
BWP Document RULES AND REGULATIONS GOVERNING ELECTRIC SERVICE, item
2.01 (j) States “750 KW – 3 MW Any service above 750 KW requires a pad mount switch.
BWP requires two pad mount transformers.”
Opinion 8: The proposed 2000 amp rated service with the maximum allowed loading
of 80 % has a full load capacity of 1600 amps, at 240 volts, three phase, is rated at
665 KVA. The load of 665 KVA can be supplied by three 225 KVA TUBS.
Opinion 9: 665 KVA is less than 750 KVA, hence the BWP requirements of this
paragraph do not apply to a new 2000 amp service.

Opinion 10: The above actual BWP Aid In Construction (AIC) charges were for a
single phase transformer installation. A generous estimate of the actual BWP Aid In
Construction (AIC) charges for a three phase installation would be three times higher
for the three transformers to serve the new 2000 amp 240 volt, three phase, service
then one transformer serving a single phase service.
The BWP AIC cost would then be estimated at 3 x $8,296.88 = $24,890.64.

Exhibit H
BWP Electrical Crew group email discussing the existing high voltage (HV) cable, neutrals,
parking stands and future growth.
“I have a feeling that the new owner might request a 3-phase service sometime in the
future. Is there any way to keep what’s there and facilitate the addition of a three-phase
service in the future? can leave the three ways completely intact for future growth. as long
as Electric shop leaves the parking stands as is everything is fine,
All of the neutrals are tied together. When they are ready I’ll just energize A-Phase”

Opinion 11: The building owner, Craig Hanriot had already notified BWP that he had
decided NOT to install the new 2000 amp 240 volt, three phase, service. The email
demonstrates that the Electrical Crew Group that contributed to this email were in
agreement that the existing HV facilities could be left in place for a future three phase
service.

Opinion 12: There was no requirement to remove the electrical distribution
infrastructure at the time of connecting the 400 amp single phase service. The
electrical distribution infrastructure could be left completely intact, at no additional
cost to the utility or the customer. This is an indication that the TUB type
transformers mounted on the existing pad would still be acceptable to BWP in the
foreseeable future for three phase services.
Exhibit I
BWP production document “Nasmyth Burbank Contract Reconciliation Document”.
Opinion 13: This construction document made the owner aware that by not installing
the new 2000 amp 240 volt, three phase, service that $28,080,00 would be given as a
credit by the construction contractor.
There would be additional savings to the owner by the way of BWP AIC costs
generously estimated in Opinion 10 above, of $24,890.64. The total saving would be
approximately $52,970.64 to the owner by not installing the new 2000 amp, 240 volt,
three phase, service.

Exhibit J
Claimants’ Statement of Claimed Damages.
Page two, line 20, shows the cost to “Replace exterior transformers, engineering,
and installation” is estimated at $391,250.00. Page three has the breakdown of these
costs including overhead and profit by the contractor.

Exhibit K
Claimants Responses to Respondents’ Special Interrogatories, Set Two.
Opinion 15:
Alternate 1 to opinion 14: A TUB type transformer was allowed and is what was
originally installed at this location. This opinion is supported by my previous
opinions 5, 6, 7, 8, & 9.
Assuming new transformers were installed, sized for the 2000 amp (which has a
maximum allowable load 1600 amps), 240 volt, three phase, new service, this would
require three 225 KVA TUB type transformers. The total installed cost is estimated to
be $61,658.64 for the TUB transformers and BWP AIC costs.
Alternate 2 to opinion 14: No pad mount transformer is required by the BWP Rules
and Regulations for this installation, only on-site transformation is required. The
claimant has made an error in believing that BWPs regulations would require a new
pad mount transformer due to “no load schedule being provided to BPW” for the
new 2000 amp, 240 volt, three phase, service. Assuming an all in one, pad mount
transformer was selected the total installed cost is estimated to be $77,073.30 an
increase of about 25%.

Work History
Owner California Energy Experts
June 2001 – June 2002
I was an Independent Engineering Consultant and Electrical Contractor for the City of Cotati
Department of Public Works Water and Wastewater Pump Stations. Also I worked for various
clients performing Electrical Contracting Services. Working with Control Systems West, Inc., with its
established volume of business, offered a superb opportunity to utilize my Engineering Design
talents in the Design of Industrial Control Panels dedicated to the Water and Waste Water Industry.

Investment Broker Edward Jones Investments
June 1998 – June 2001
After Passing the Securities and Exchange Commission Series 7 License, I opened an Edward Jones
Investment office in Rohnert Park, CA. I serviced my clients by selling Stocks, Mutual Funds, Bonds,
Annuities, Life and Long Term Care Insurance. I enjoyed helping my clients establish a safe and
secure financial future. I enjoyed the sales aspect of the business however this business was much
too distant from the finite business of Engineering that I love.

Outside Sales Cal Air, Inc.
April 1997 – May 1998
Outside Sales of Heating Ventilation and Air Conditioning (HVAC) Services, Cal Air purchased my
previous Electrical Engineering; Electrical, HVAC, Plumbing Contracting business, I agreed to stay on
in the sales capacity for one year to expand their presence in the Sonoma County area and provide
continuity with our existing client base. Cal Air was a business consolidator, purchasing contractor
shops in the Energy Management and HVAC industry.

President California Energy Experts, Inc., (CEE)
Nov 1984 – April 1997
We designed and built Facility Automation Systems totaling 7.6 million square feet of municipal,
school, commercial and light industrial building spaces in 15 states. Project makeup was
approximately 36% new & 64% retrofit installations. We Incorporated, programmed, and supported
dedicated technically advanced controllers for HVAC Systems. Our Lighting Control Systems
incorporated Day‐lighting and Time of Day Scheduling. Variable Frequency Drives (VFD) (AFD), were
used on cooling towers, pumps, supply and return fans to enhance the energy efficiency of HVAC
systems. Economizer Damper positioning and monitoring were an integral part of our control
designs which led to further energy reductions. Demand Control routines were incorporated in the
designs when advantages to the customer. All systems included remote communication abilities to
allow offsite monitoring and minor software revisions. We expanded our company’s expertise by
bidding and installing Well, Water, Wastewater, Flood Control, Power and Control Systems.
Designed and built Standby Generator Systems (up to 250KW) including single and multiple transfer
switches and isolation of critical/non‐critical loads, we incorporated Peak Shaving strategies into
the design when applicable. California Energy Experts was expanded by incorporating HVAC and
Plumbing contracting under our umbrella. California Energy Experts was sold to Cal Air, Inc. which
provided me an opportunity to explore Outside Sales without the stress of running the day‐to‐day
business of the Engineering / Contracting business.

Electrical Engineer P.E. RE Corp. Inc., DBA Reliance Enterprises
April 1979 ‐ April 1982
After obtaining Professional Engineer Status I was immediately moved to the office environment. I
soon began estimating Electrical Construction Projects and assisted in Contract Administration and
Purchasing materials that were required to complete the successfully bid projects. Our firm was the
Electrical Engineers for several Waste Water Treatment projects and I was responsible for
specifying the Electrical Devices that were to be used and minor design modifications. As time
progressed I began to design Water and Waste Water controls for many Pump Stations and Wells. I
also earned my Electrical Contractors License during this period. The Engineering & Contracting

foundation established at RE Corp afforded me the knowledge, experience and confidence to start
my own Engineering / Contracting business Energy Experts specializing in Control Systems.

Engineering Trainee EIT RE Corp. Inc., DBA Reliance Enterprises
June 1974 – April 1979
My first position at RE Corp placed me in the field for 5 years, this hands-on experience consisted of
troubleshooting and repairing HVAC Equipment and Control Systems, Fire Alarm Systems,
Communication and Electronic Clock Systems at schools and commercial customers. I was also
trained on the repair of Boiler Controls primarily for the commercial and Industrial business sector.
This practical field experience was a stepping stone to a better understanding of Applied
Engineering designed by others and allowed me the opportunity to learn to be a Practical Design
Engineer not just a Theoretical Engineer. 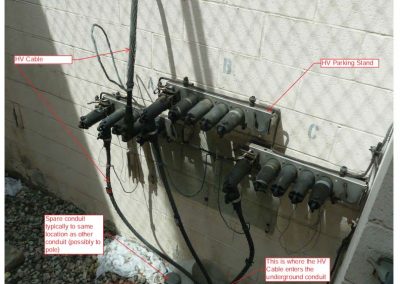 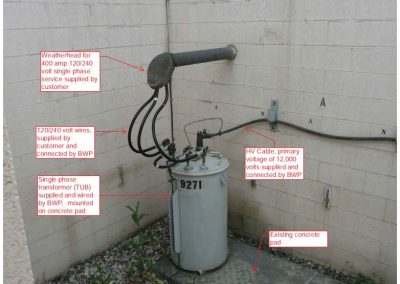 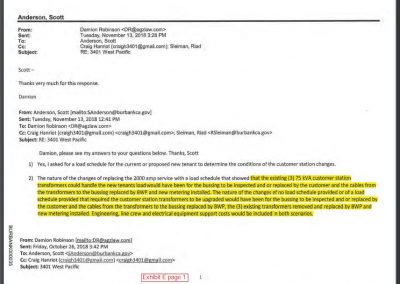